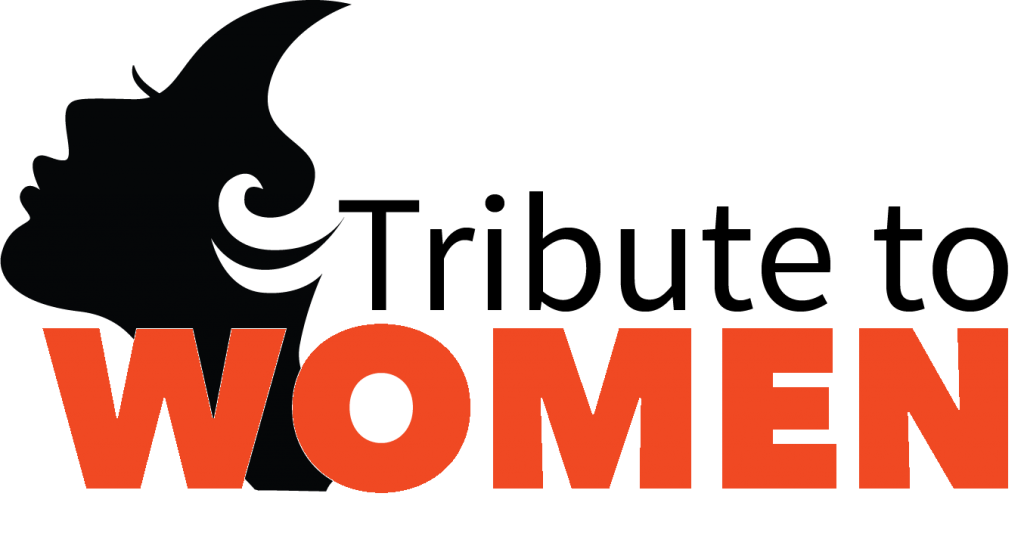 YWCA Central Massachusetts is set to host their 26th annual Tribute to Women celebration on Tuesday, September 29, 2020 at 12:00 p.m.  In the wake of the COVID-19 pandemic, the event will be hosted virtually.

The YWCA is entering its 135th year of service to the community.  The year will showcase the progress the agency has made toward eliminating racism and empowering women, and renew its commitment to the city to be a leader in racial and gender equity.

The 2020 class of Katharine F. Erskine Award recipients have reached exemplary levels of achievement in their professions. They have opened doors for young women and people of color and have broken down barriers for future generations of female leaders. They have affected real change in their communities and inspire others to follow suit.

A link with virtual log-in details will be emailed a few days prior to the event on September 29th.

Registration for our virtual Tribute to Women event is free. However, we hope you will consider making a $35 tax-deductible donation in support of the YWCA’s 135th Anniversary. Of course, if you’d like to donate an additional amount you can. Please join us in our fight to eliminate racism and empower women. With your support, we will get up and do the work until injustice is rooted out, until institutions are transformed, until the world sees women, girls, and People of Color the way we do: Equal. Powerful. Unstoppable. CLICK HERE to donate.

THANK YOU TO OUR SPONSORS

The Katharine F. Erskine Award recognizes women who have demonstrated leadership and reached exemplary levels of achievement in their professions and communities. Award recipients show a commitment to the YWCA’s mission to eliminate racism, empower women, and promote peace, justice, freedom and dignity for all.

Recipients of the Erskine Award meet the following criteria:

Nominations will be accepted until Saturday, February 29, 2020. 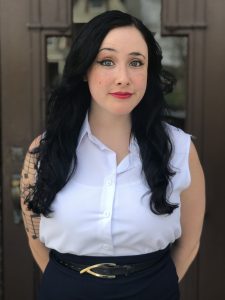 Joy Murrieta is the Executive Director for Main IDEA, a nonprofit youth and arts 501(c)(3) organization dedicated to empowering youth by providing accessible arts programs to under-resourced communities. Through her role, Joy works to provide accessibility to quality arts programs for children in the Main South community, regardless of race, ethnicity, religion, national origin, sexual orientation, gender identity, or disability. Last year, 81% of participants were youth of color and 61% female identifying. Joy is dedicated to cultivating relationships with local woman entrepreneurs, recognizing that such partnerships serve to not only encourage the growth of small businesses—but also to inspire and empower future female leaders throughout Worcester’s schools, non-profits, businesses, and communities. Joy co-founded Main IDEA in 2011, alongside several local artists and Main South community members, as a volunteer project in response to the need for more accessible arts programs for the neighborhood youth. Under her leadership, the organization has since developed into a 501(c)(3) organization, providing FREE arts programming to youth in Worcester (specifically in the Main South neighborhood) for the past nine years 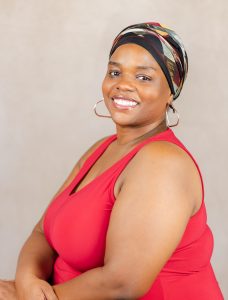 Chantel Bethea is the founder of Women in Action, Inc., an organization dedicated to uplifting the lives of women, and serves as the agency’s President and Chief Executive Officer. Chantel champions social justice and works with all sectors of society with the expressed goal of eliminating racism and empowering women. She raises awareness of the intersections of race, gender identity, sexual orientation and ability status in everything she does, and advocates equally for those not at the table. Helping girls and women achieve their goals is Chantel’s life work. She is a member of the Worcester Head Start Policy Council, the Board of Directors of RCAP Solutions, the Investing in Girls Alliance Steering Committee, and the Racial Justice & Gender Equity Task Force of the YWCA Central Massachusetts. Chantel also serves as president of the Worcester County Commission on the Status of Women, and is a member of the Worcester Women’s History Project and the Worcester Public Library Board of Directors. Chantel has received numerous awards and accolades. Most recently she received the Black Excellence on the Hill Award from the Massachusetts Black and Latino Legislative Caucus. In addition, she was named an Unsung Heroine by the Massachusetts Commission on the Status of Women, a Hometown Hero by Worcester Magazine, and was the recipient of the 40 Under 40 Award by the Worcester Business Journal. 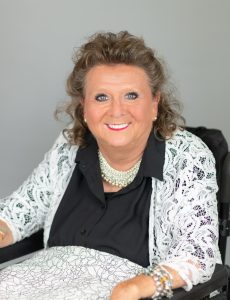 Cindy Purcell has more than 30 years of experience working in field of Vocational Rehabilitation and Independent Living. She is a strong advocate for her community, tirelessly fighting to help those most in need, and works to inspire the community she serves – no matter their gender or race – to help them realize their true potential. Currently, Cindy works for the Massachusetts Rehabilitation Commission in the Worcester Office providing vocational counseling to individuals with disabilities. Cindy makes numerous public appearances annually to educate the public on disability awareness. She has been featured on ABC’s 20/20 and Amazing Families television programs. She is a member of the District Attorney Joseph Early’s Opioid Task Force and the Freedom Forward Re-entry Program with the Worcester County Sheriff’s Department. Cindy is a strong voice in the community regarding issues involving the rights of the disabled. She donates her time to several community boards and organizations including the Center for Living and Working, Worcester Community Connections Council of You Inc. (Advisory Board & Worcester Economic Mobility Task Force), State PCA Council, Rutland Democratic Committee, Rutland ADA Coordinator, YWCA Personnel Committee, and the Freedom Forward Re-entry Program with the Worcester County Sheriff’s Department. She also speaks publicly at local colleges including Assumption College and UMass Medical School to educate students on disability issues. 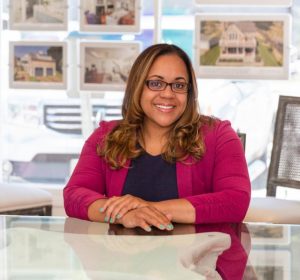 Jennifer Safford is an Adjunct Professor and Director of Operations and Outreach for the Collaborative for Youth and Community Justice at Clark University. Jennifer has carved out space to talk about racial justice, unconscious bias, and structural racism at the Worcester Youth Violence Prevention Initiative (WYVPI). Jennifer places a spotlight on important issues, educates allies to advance racial justice and equity, and advocates for additional trainings. As a result, she has contributed to the WYVPI adopting a structural violence lens that centers equity—in terms of race, gender, economic status, etc.—in its analyses and measures of success. She is also a member of the Planning and Governance teams of the Worcester Youth Violence Prevention Initiative. Jennifer Safford is a Senior Instructor in the Department of Graduate and Continuing Education, and Adjunct Faculty in the Health Sciences Department at Worcester State University. As a professional trainer and consultant, Safford has been working with non-profit organizations, schools, and youth-serving agencies across the state since 2001. Safford has also been a member of the Board of Trustees for Seven Hills Charter Public School and a member of the Board of Directors for Worcester PIF, Inc., a nonprofit dedicated to the development of young boys and girls through the game of basketball. 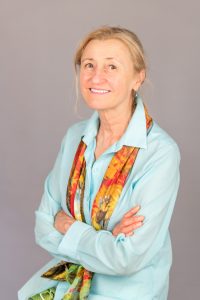 Dr. Linda Maykel received her D.D.S. from Northwestern University/Chicago and owns a general dentistry office in downtown Worcester featuring an all-female staff. Driven by her passion for social justice, Linda is a member of the Quinsigamond Community College Foundation Board and serves as a volunteer with the goal of strengthen policies and practices to support student equity and the elimination racism within the campus community. Through her dental practice, Linda has advanced women in her field via employment and advocacy, and as an active member of the American Association of Women Dentists. She also provides young women who are interested in the dental field with internship opportunitiesDuring the first three years of private practice, she served as a clinical instructor in Quinsigamond Community College’s Dental Hygiene Clinic. As an active participant of the community, she is a member of numerous organizations: including the Worcester District Dental Society, the Massachusetts Dental Society, the American Heart Association, and the YWCA Central Massachusetts. Currently, she serves on the YWCA’s LIVE Capital Campaign Steering Committee. Previously, Linda served as President of the YWCA’s Board of Directors and was a board member for many years. 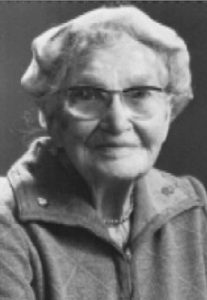 Katharine Forbes Erskine devoted more than 80 years of her life to furthering the mission of the YWCA Central Massachusetts. She first became a member of the YWCA as a teenager in the early 1900s when she signed up for a gymnastics class at the organization, which was formerly located on Chatham Street.

A 1911 graduate of Vassar College, Mrs. Erskine went on to serve as President of the YWCA twice – once in 1930 and again in 1960 during the YWCA Building Campaign, which raised one million dollars to construct the present YWCA facility located at One Salem Square. She also briefly studied law and received a physical education certificate from Wellesley College.

Mrs. Erskine served on nearly every YWCA committee throughout her lifetime, but particularly enjoyed serving on the YWCA Public Affairs Committee, as well as the Camp Committee, which acquired Camp Wind-in-the-Pines located on Stiles Reservoir in Leicester. She founded the YWCA Dialogue Group, which was comprised of women interested in discussing women’s issues and current events, as well as the Nereids Club, a swimming group for adult women.

Mrs. Erskine died in 1990 at 100 years of age, but her unwavering spirit and commitment to creating opportunities for women and girls lives on through the contributions of the Katharine F. Erskine Award recipients.