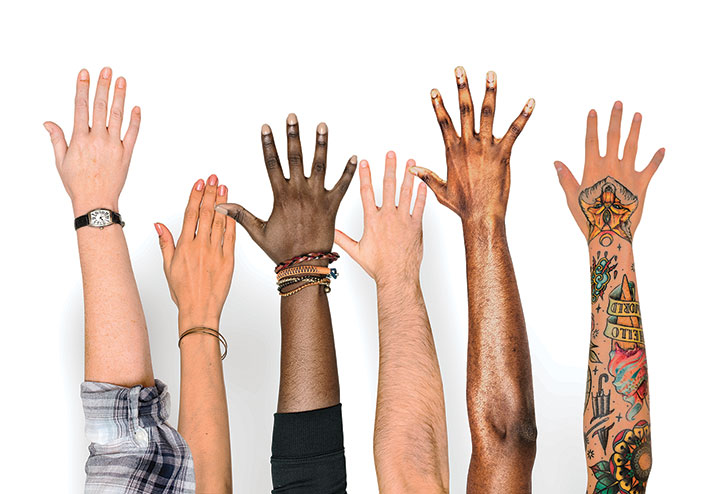 We are committed to dismantling racism in all forms by promoting awareness of racial and gender inequity, by educating individuals and communities throughout Central Massachusetts.

Now it’s your turn. It’s time to stand up and join us in our mission to dismantle systemic racism and amplify the voices of those who have been silenced.

The first step in allyship is education.

You don’t need to be an expert to start contributing to an antiracist society.

Below is a list of books, movies, podcasts, and more, curated by our Racial and Gender Equity team, to help guide you in your journey and help you build a solid historical foundation of racial injustices plaguing our communities and country.

Nothing to Add: A Challenge to White Silence in Racial Discussions by Robin DiAngelo | READ

What Anti-Racist Teachers Do Differently Pirette McKamey, The Atlantic | READ

How Did We Get Here? 163 years of The Atlantic’s writing on race and racism in America by Gillian B. White | READ

Invisibility is the Modern Form of Racism Against Native Americans: I’ve Never Seen Native People in Media at All by Rebecca Nagle | READ

The era of Christopher Columbus is over by James Aloisi | READ

Do the Right Thing (1989) | On the hottest day of the year on a street in the Bedford-Stuyvesant section of Brooklyn, everyone’s hate and bigotry smolders and builds until it explodes into violence.

Malcolm X (1992) | Biographical epic of the controversial and influential Black Nationalist leader, from his early life and career as a small-time gangster, to his ministry as a member of the Nation of Islam.

Crooklyn (1994) | Spike Lee’s vibrant semi-autobiographical portrait of a school teacher, her stubborn jazz musician husband and their five kids living in Brooklyn in 1973.

4 Little Girls (1997) | A documentary of the notorious racial terrorist bombing of an African American church during the Civil Rights Movement.

When the Levees Broke (2006) | An examination of the U.S. government’s response to Hurricane Katrina.

BlacKkKlansman (2018) | African American police officer from Colorado Springs, CO, successfully manages to infiltrate the local Ku Klux Klan branch with the help of a Jewish surrogate who eventually becomes its leader. Based on actual events.

The Last Colony (2015) | A close look at Puerto Rico’s unique relationship with the United States.

The Immortal Life of Henrietta Lacks (2017) | An African-American woman becomes an unwitting pioneer for medical breakthroughs when her cells are used to create the first immortal human cell line in the early 1950s.

Fruitvale Station (2013) | The story of Oscar Grant III, a 22-year-old Bay Area resident, who crosses paths with friends, enemies, family, and strangers on the last day of 2008

The Last Defense (2018) (visit justiceforjuliusjones.com to watch) | Emotional, in-depth examinations of death row cases expose flaws in the US justice system. Season 1 investigates a housewife convicted for stabbing her sons, and an athlete convicted for shooting a father, as attorneys race for new trials.

Clemency (2019) | Years of carrying out death row executions are taking a toll on Warden Bernadine Williams. As she prepares for another one, Williams must confront the psychological and emotional demons that her job creates.

Queen and Slim (2019) | A couple’s first date takes an unexpected turn when a police officer pulls them over.

Black Panthers  (2015) | This documentary tells the rise and fall of the Black Panther Party, one of the 20th century’s most alluring and controversial organizations that captivated the world’s attention for nearly 50 years.

The Black Power Mixtape  (2011) |  Footage shot by a group of Swedish journalists documenting the Black Power Movement in the United States is edited together by a contemporary Swedish filmmaker.

When They See Us (2019)  | Ava DuVernray Looks at the racially charged case of the Central Park Five.

LA 92 (2017) | The tumultuous time after the acquittal of 4 white police officers brutally beating a black motorist.

Telling stories: Allegories of race and racism is foundational | WATCH

A Conversation with Native Americans on Race/ Op-Docs  | WATCH